On the website of the Ocean Grove Surf Life Saving Club, there is a small paragraph which reads that in the season 2021/2022 6,636 patrol hours were logged by volunteers and 112 rescues were performed. An immense number when you think about it. Amenah McDonald, Club Captain of the Ocean Grove Surf Life Saving Club, gives an insight into her role and what she would like to see from her parents and also the government when it comes to swimming band water safety. Amenah also gives tips for parents on how to have a relaxed and safe day at the beach, and we introduce the four friends Pounce, Gemma, Neville and Frizzy who also know a lot about the beach.

“The unsafe thing about the nice big inflatable toys like unicorns is that when there’s a northerly wind at our beach, they tend to get blown out to sea, and if there are children on them, we end up having to rescue them and bring them back to safety.” Says Amenah McDonald, and she should know. Her main job as a mosquito management officer is to protect the people in her region from the little pests that sometimes transmit diseases, and in her voluntary work, she likes to protect the people on the beach from themselves.

Being sun smart, check out the outdoor safety checklist for your child!

A lifesaver, also a teacher

“This will be my 9th season at Ocean Grove. When I was 19, I first obtained my Bronze Medallion at Torquay SLSC. The same season I was involved in a resuscitation case, so it really highlighted to me that this was serious stuff, and it made me get all my qualifications until I finally got my gold medallion. I then applied for a professional position as a lifeguard. You had to go on a selection camp and back then it was on merit. So as a woman, I had to compete against the guys if I wanted a spot. There were only 45 positions and only three females including myself were selected. Lifesaving and protecting the public has become my passion. I also instruct the Bronze medallion course, because if you teach something, it becomes cemented in your head. ”

Amenah is the Club Captain as well as a Patrol Captain of an individual patrol (team of lifesavers). Here at Ocean Grove, they have 10 patrols to plan in shifts but she is also the Director of Lifesaving on the board and so she coordinates the whole season of emergency response and patrols.

“On patrol, our morning starts with setting up the red & yellow flags, on the safest part of the beach. Then we make sure of gear is rescue ready: two rescue boards, two rescue tubes and fins, the red rubber duck (Inflatable Rescue Boat) must also be on the beach as well as the sand buggy (All-Terrain Vehicle). Everyone on the shift has a role and knows exactly what their tasks are. So that it doesn’t get too monotonous, they often rotate.”

Those at the beach are supported by the volunteers in the radio tower. “They have the vision of the whole beach and out to sea, as we can respond to rescue anyone along the whole stretch of beach. On patrol, our focus is between the red & yellow flags and 200 metres either side of the flags.

Preparation is important because on a crowded day we can get thousands of visitors. Most of the interventions are minor first aid incidents, like small cuts, and missing children who are not in the water but are lost and need help to be reunited with their parents.

What parents could do to help?

Never take your eyes off your children! Children can get into trouble in the water in seconds.

Don’t risk your own life

“Know your own limitations”, another wish of Amenah. “If you are not competent in the water, you should get help rather than trying to help on your own. Unfortunately, without much thought, parents put themselves in danger. Don’t risk your own life, call out for the lifesavers! That’s what we’re trained to do.

Dressing children in high visual colours makes them easier to see, for you and for us! A hat and sunscreen are always recommended whilst playing at the beach, as well as a long sleeve shirt to protect them from the sun (sun smart) and sunglasses. And if the waves are too high, you can still have a great beach day, but on the beach and not necessarily in the water.

Be aware of the marine life

There is also marine life to be wary of. Especially in the shallow water on the reefs and under the rocks, there are inhabitants that shouldn’t be disturbed, especially for curious little fingers poking into shells and exploring holes. And don’t forget: the big swimming animals, like colourful unicorns and inflatable ponies are best left for the pool rather than the sea.”

Amenah’s passion is to pass on her knowledge, to ensure that there will always be enough volunteer lifesavers and lifeguards for the future. This starts very early at Ocean Grove, as the children from Journey Early Learning regularly visit the Surf Lifesavers and learn about the beach and its dangers, but always in a fun and joyful environment, and the obligatory sand in the shoes.

Youth work can really start when the children are seven years old. The “Nipper” program is very popular. Then from the age of 13, you can gain your Surf Rescue Certificate and come on patrol.

Just how important this is has become evident after Covid lockdowns. Swimming lessons were cancelled, and kids were missing out on valuable survival skills. And that is noticeable. Most Australians live close to the sea, but Amenah has noticed in her nearby town, that many children do not know how to swim, or at least not sufficiently to be able to save themselves if they got into trouble. So when they become teenagers and want to prove themselves to others, this can quickly become dangerous in an ocean environment.

That’s why she recommends swimming lessons for all children. And because this is not feasible for many schools, she advocates pools near or even on the grounds of the schools. How wonderful would that be!

Preparing you little explorer for the Kindergarten? Here are some tips for you.

In fact, according to statistics, the pool at home seems to be more dangerous than the ocean. Probably because there is no lifesaver or lifeguard to keep an eye on everything. Mostly it is the youngest (0-4 years) who drown here, usually preceded by an unfortunate fall into the pool. Swimming courses or at least courses that teach the basics of water safety techniques such as floating are highly recommended. Because nobody forces such situations and yet they happen again and again. We have put together some links at the end where you can find further information.

And even the Australian media make their contribution when it comes to beach and water safety: May we introduce Pounce, Gemma, Neville and Frizzy who do their training as Junior Cadets together with their great role models the lifeguard heroes at Kangaroo Beach. This show comes from the pens of the makers at ABC in cooperation with “Surf and lifesaving” and “Surf educators international”.

In addition to all the fun the show conveys, there is always a pedagogical content that is included: Don’t try to swim against the current, why floating is so important, that you should never go swimming alone or that the sun can knock down even the strongest kangaroo if you don’t protect yourself properly. In addition, the Australia Children’s Television Foundation provides lovingly prepared learning materials for download for all those who would like to follow up on the media in analogue form.

Amenah is proud of her work, especially when she sees that her knowledge is bearing fruit. It is often the children in Ocean Grove who explain to their parents where the dangerous rips and currents are and how to recognize them.

Laurie Lawrence – Stuff the Silver, we are Going for Gold

About – Kids Alive Do the Five 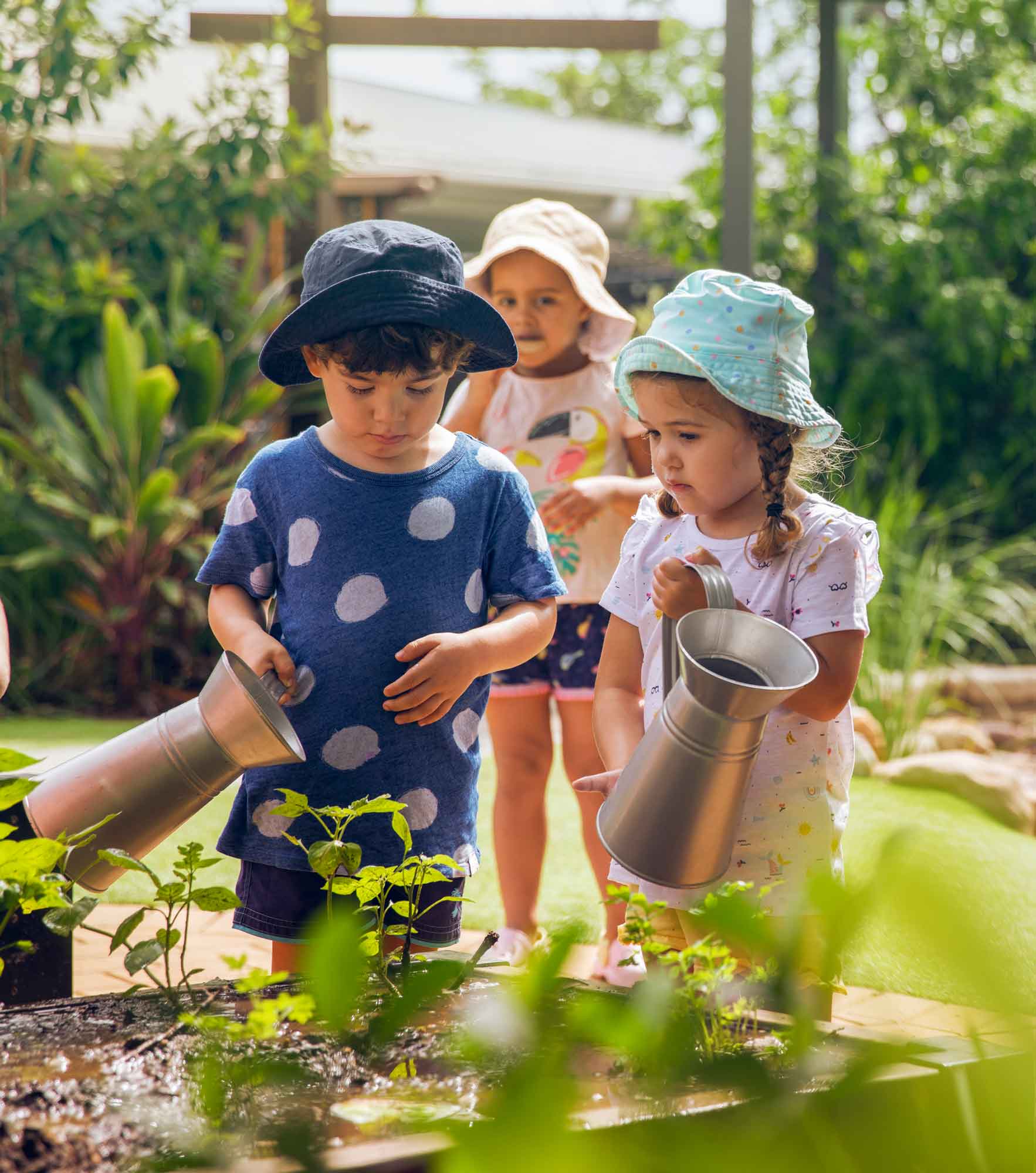 Book a tour
Latest Articles
How To Become An Early Childhood Educator?

An overview followed by Demi’s -one of our Educators- report on her personal experience    When searching the internet for the answer to the question “how to become an Early Childhood Educator?” you first come across descriptions of qualifications and certificates and an enormous …

We live in a truly digital world. Nowadays, our children are becoming more adept at using technology at a younger age, and it is helping to transform how they learn and engage with the world around us. This is a fantastic opportunity that sets the …

Slip, Slop, Slap, Seek & Slide – Summer has arrived! Whether your children are home for summer, on the road with you or away at camp, use these summer safety tips to keep your family safe and healthy. Fun in the Sun Protect your child …

Your child’s early years are some of the most important of their entire life. It’s these years that act as a foundation for their later education and how they will engage with the world around them. Of course, no two children are the same, and … 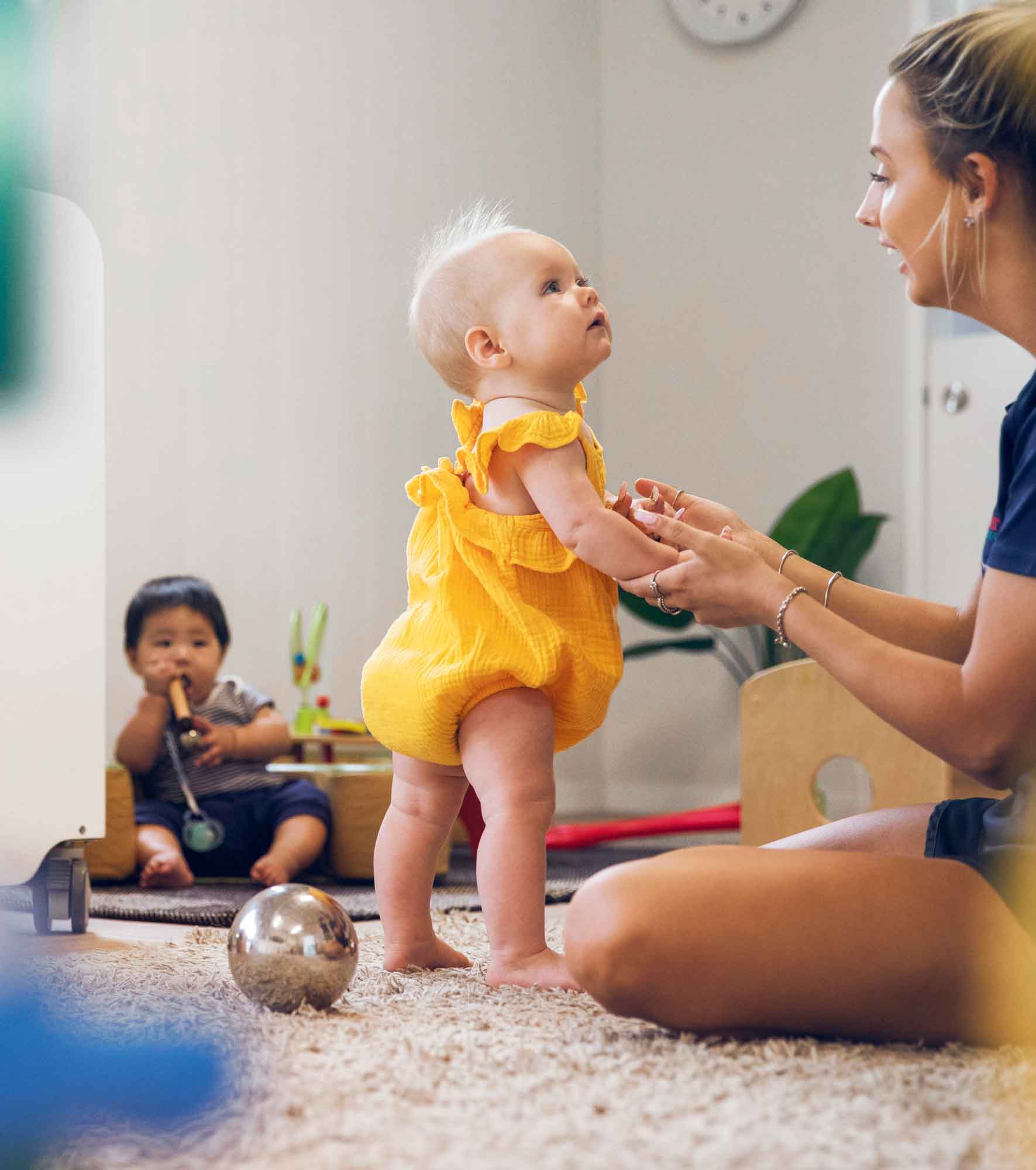 The first step of your journey starts right here

Curious to explore your local Journey?